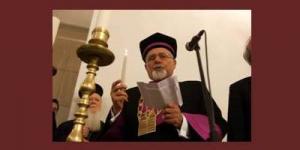 International Holocaust Remembrance Day was held at Ortaköy Etz-Ahayim Synagogue, adopted by United Nations General Assembly in 2005 with the participation of Turkish Ministry of Foreign Affairs.

Representative of the Ministry of Foreign Affairs, Ambassador Ertan Tezgör , Directorate for Political Affairs of the Ministry for EU Affairs, Mr. Ege Erkoçak , Patriarch Bartholomeos, Yusuf Basmacıoğlu from the Chaldean Church, Kevork Kazumyan from the Armenian Catholic Church along with many representatives of minority communities and members of our community attended the ceremony.

Following the speeches,Chief Rabbi İsak Haleva together with Ambassador Ertan Tezgör, Patriarch Bartholomeos and Syriac Orthodoks Church Mor Filiksinos Yusuf Çetin lit the candle in the memory of victims. Before lighting the candle, Chief Rabbi İsak Haleva said: “In this holy place, on behalf of you alI i am lighting the candle in order to sanctify the spirits of the Holocaust victims, begging and praying to God of us all that we do not witness again such barbarity in our world.”

Below you can find the speeches and slide shows: 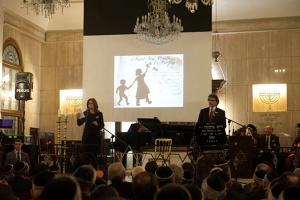 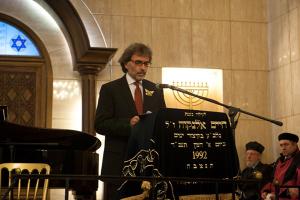 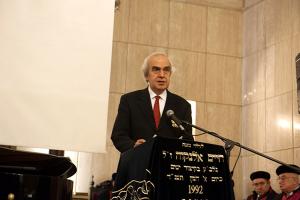 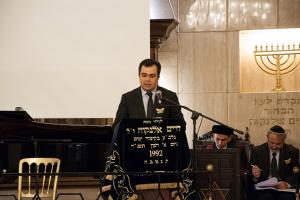 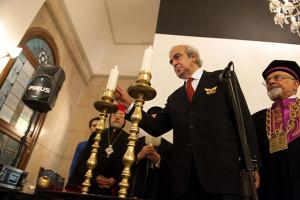 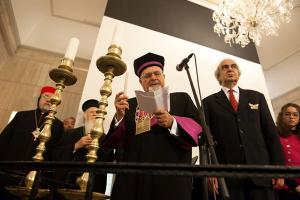